If you weren’t at Oshkosh 2017 and have followed any of the week’s activities in the media, no doubt you are literally kicking yourself for missing out. This was the biggest and best AirVenture that I’ve ever attended – and I’ve been to my fair share. 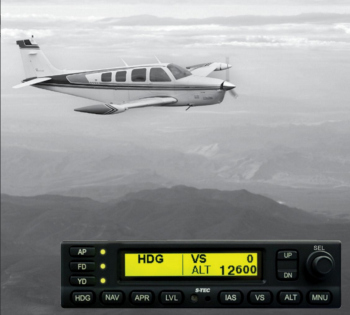 From the first dual B-29 fly-by since World War II, to a B-1 fly-by with full afterburners (awesome!), to the spectacular weather that felt more like autumn, to the over 15,500 aircraft movements, to the week’s 600,000-plus attendees from around the world – Oshkosh 2017 was all that and more. Much, much more. Especially to everyone at Genesys Aerosystems.

We kicked off Oshkosh 2017 by introducing two new digital flight control systems: The all-new S-TEC 5000 for high-performance turboprops and jets and the S-TEC 3100 for piston singles and twins. In addition, we introduced the first-ever autopilot upgrade path for current S-TEC autopilot owners around the S-TEC 3100 DFCS.

While both of the next-generation attitude-based autopilots are going to deliver an impressive array of workload-reducing and safety-enhancing features, by far the two that will make these must-haves are Envelope Protection and one-touch Straight and Level Recovery. Pilot input was key to the development of these two new autopilots and those were the features everyone wanted.

So as not to let my blog evolve into a commercial, you can check out the features of these new flight control systems on our website: http://genesys-aerosystems.com/product-category/autopilot.

Of course, as the leader in B&GA autopilots, when we roll out a new product at any AirVenture we have to do it with some pomp. So this year we invited owners of Cessna 182, Cessna 210, Piper PA-32-series, and Beechcraft 35- and 36-series aircraft (the first models selected to receive the new 3100) to come to our booth during the show to get a free shot of 5-hour ENERGY® drink (you need it at Oshkosh) and to take a shot at winning a new S-TEC 3100 Digital Flight Control System.

Needless to say, our booth was packed all week – a free autopilot is a big draw. Anyway, by the end of the week, we had given out over 300 shots and collected some 394 qualified entries for our drawing.

And the winner is…

I was going to keep you all hanging until my next blog to introduce our winner, but I just can’t wait: Everyone at Genesys Aerosystems would like to congratulate Mr. Jerry Clemens on winning a new S-TEC 3100 DFCS for his Bonanza.

Of course Jerry wasn’t the only “winner” this year: Everyone who walked the grounds came away from Oshkosh feeling renewed and excited about general aviation. My only personal disappointment to it all was that I didn’t have time to do my usual Oshkosh walking tour. In particular, I had to miss Stan Lee’s appearance. For those of you who don’t have an 11-year-old son like I do, Stan Lee is the originator of comic book icons including Spider Man, The Hulk, X-Men, and others.

He was there at the invitation of the EAA Young Eagles to announce a new literacy program between his foundation and the EAA and to also introduce “Aviore,” the new superhero he created for Young Eagles. While Lee didn’t divulge any of Aviore’s super powers, I’m pretty sure he’s going to be able to fly.

From supersonic jets to superheroes to super-new autopilots, Oshkosh 2017 was everything you could ever imagine the midsummer aviation spectacular to be. I really can’t imagine how EAA will top it next year, but you can be sure they’re going to try.

Until next time, fly safely,
Jamie