Do you know the story behind the first autopilot... | Genesys Aerosystems
Skip to main content

Do you know the story behind the first autopilot...

In looking at the current capabilities autopilots are bringing to the market, such as envelope protection and straight and level mode, I had to ask myself... "When was the first autopilot invented, and who was brave enough to be the first to take his hands off the controls?"  So I went in search of the answer and found an awesome story that I would like to share with you. 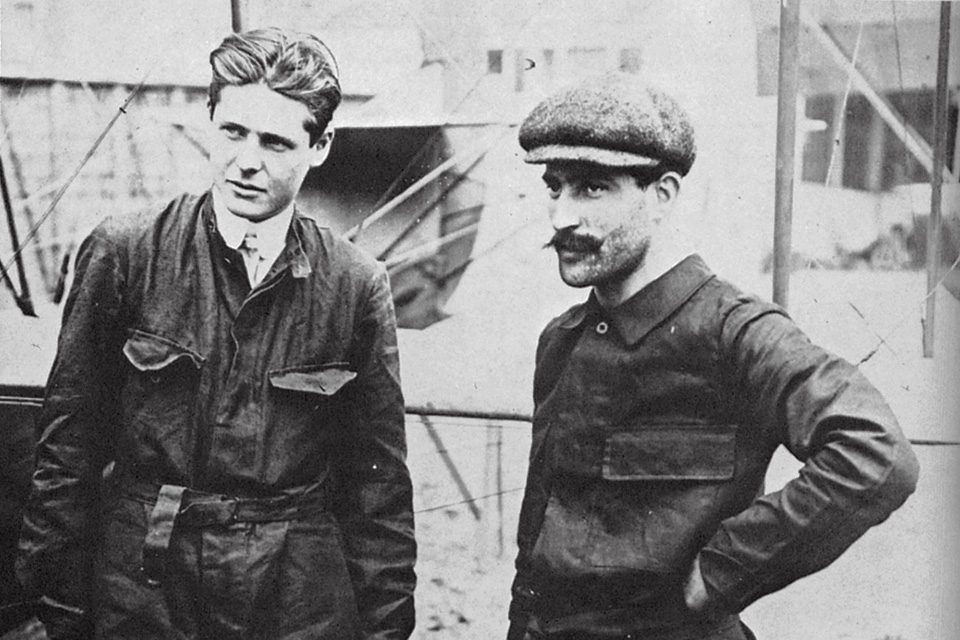 Lawrence Sperry was born into a family of inventors, and the apple didn't fall far from the tree.  In 1914, when Lawrence was only 21, he was skeptically invited to the Concours de la Securité en Aéroplane (Airplane Safety Competition) near the Seine River.  Using the idea of the gyrocompass invented by his father, Elmer A. Sperry, Lawrence repackaged it to weigh less than 40 lbs, with dimensions approximately 18"X18"X12", which he called the gyroscopic stabilizer.

Installed on his single engine Curtiss C-2 biplane, the autopilot, Lawrence and his French mechanic, Emil Cachin took off to demonstrate his safety enhancing design to a watchful and disbelieving crowd.  On the first pass, Lawrence removed his safety harness and flew by the crowd holding his hands above his head while the aircraft remained straight and level.  The crowd went wild at once.  However Lawrence wasn't done with his demonstration yet.

On his second pass, bystanders saw a figure, Emil Cachin, starting to walk onto the wing as Lawrence still had his hands in the air.  The aircraft rocked slightly with the weight displacement on the wing, but the stabilizer easily returned the aircraft to straight and level.  For his final validation of the authority of the autopilot, Lawrence himself walked onto the other wing, and the aircraft flew by the judges and onlookers with no one in the aircraft.

I know how I would react if I saw that at EAA's Oshkosh today, and I understand the capabilities of autopilots.  Can you imagine what went through the minds of those lucky enough to see something so outrageous for the first time?  Needless to say, Lawrence Sperry won the grand prize of 50,000 francs ($10,000 USD), and so started the evolution of automatic flight.

Although he had 4,000 hours and significant experience flying under instrument conditions, Lawrence crashed his aircraft in the London Channel in December of 1923.  His body was discovered approximately 18 days later, and it was never determined whether he became disoriented from the dreaded London fog, or if there was a mechanical issue with the aircraft.  One thing is for sure, with 23 patents pending or granted at the time of his death, the aviation community was certainly robbed of many additional safety-enhancing ideas from Lawrence Sperry.

I hope you enjoyed the quick look back at how the autopilot was invented as much as I did.

Until next time, fly safely,
Jamie