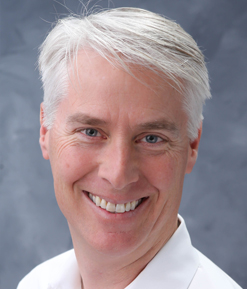 Mr. Pratt graduated from the University of Idaho in 1989 with a five-year degree in General Studies.  After graduation, Mr. Pratt worked at a marketing firm specializing in technology channel marketing.  In 1995, he wrote and published an aerospace CAD software program while building a twin-engine experimental airplane.  In 1997, Mr. Pratt and Ricardo Price cofounded Sierra Flight Systems to develop and certify the world’s first Synthetic Vision primary flight display.  Mr. Pratt and Mr. Price sold the company to Cobham in 2001 and were simultaneously awarded the Capstone contract from the FAA and NASA to equip every commercial aircraft in Southeast Alaska with their new technology.  Mr. Pratt remained with Cobham until 2014, when he joined Roger Smith, Ricardo Price, and Tammy Crawford in the founding of Genesys Aerosystems.

Mr. Pratt has been awarded Aerospace & Defense Executive of the Year by Frost & Sullivan and Newsmaker of the year by Aviation International News.  Together, Mr. Pratt and Mr. Price received the August Raspet Award for Aviation Safety from the Experimental Aircraft Association, were awarded NASA’s Turning Goals into Reality award, and honored by the Smithsonian Air & Space museum as their technology was inducted into the Udvar Hazy collection.